I usually avoid Early Access games unless two things happen.  Either I see many, many updates and see a future in the game, or the game looks too good to pass up.  I’ve been burned a few time before, but this was not one of them.  I’ll spoil the ending… I highly recommend this game in its current state.  I’ve heard this game described as “roguevania” or a rogue-like Metroidvania.  Its a side-scrolling adventure game with heavy rouge-like aspects.

Your player is a bunch of “dead cells” of a prisoner.  Every time you die (often), your body forms back together to give it another shot.  All skills and weapons do not carry over, but upgrades do.  You can also upgrade your cash carry-over to bring some of that to your next quest as well.  It kind of reminds me of Rogue Legacy a bit.  You have to love playing very carefully with tons of loot and cash only to die to a two-hit beast.  This game is challenging… for sure.

The art style is unique and I wasn’t sure if I’d like it from watching the videos.  It turns out to be a great fit for this game.  For being an early access game, I thought there was some nice aesthetic touches to it.  For example, if you use frost blast in a pool of water, the water turns icy for a bit.  The whole game feels polished, especially combat.  It is very fast-paced and tricky.  You had better get used to jamming that B button often to roll out of many tough situations.

You have 4 weapon/skill slots to use at once.  Usually it is a good idea to get a mix of DPS and support options.  The weapons and skills have modifiers that add another fun touch of random.  Some weapons spread oil on enemies and others lit them on fire for extra flame damage.  You can also upgrade 3 different areas of your character: Health, Strength (weapon), and Skill.   Upgrading the latter two will increase the damage and lessen the cool down, but increasing health is very effective.  Since you die.  A lot.

The rogue-like part of this game is the dungeon.  It changes every time you die and it is sprawling.  There are teleports placed periodically.  The design is based a lot on levels.  It can be abused if you have a grenade-like skill, since the baddies can’t reach you.  In order to get new weapons, you will need to find blue prints from enemies that you kill.  However, these only permanently carry over if you reach the end of the level.  Next, you need to unlock those weapons from the blue prints you have acquired.  A bunch of enemies carry cells which are the permanent currency of this game.  The cells you spend will be with you on all future exploits.

There are also doors that will shut for good after certain amounts of game time.  Behind those special doors, there is mad loot.  You will probably have to skip past some goodies to get there, but it is arguably worth it.  Regular doors can be smashed or rolled through to stun the monsters behind them.  I found that stunning them through any way possible in any situation prolonged my life much longer.  And freezing.  Can’t forget freezing. 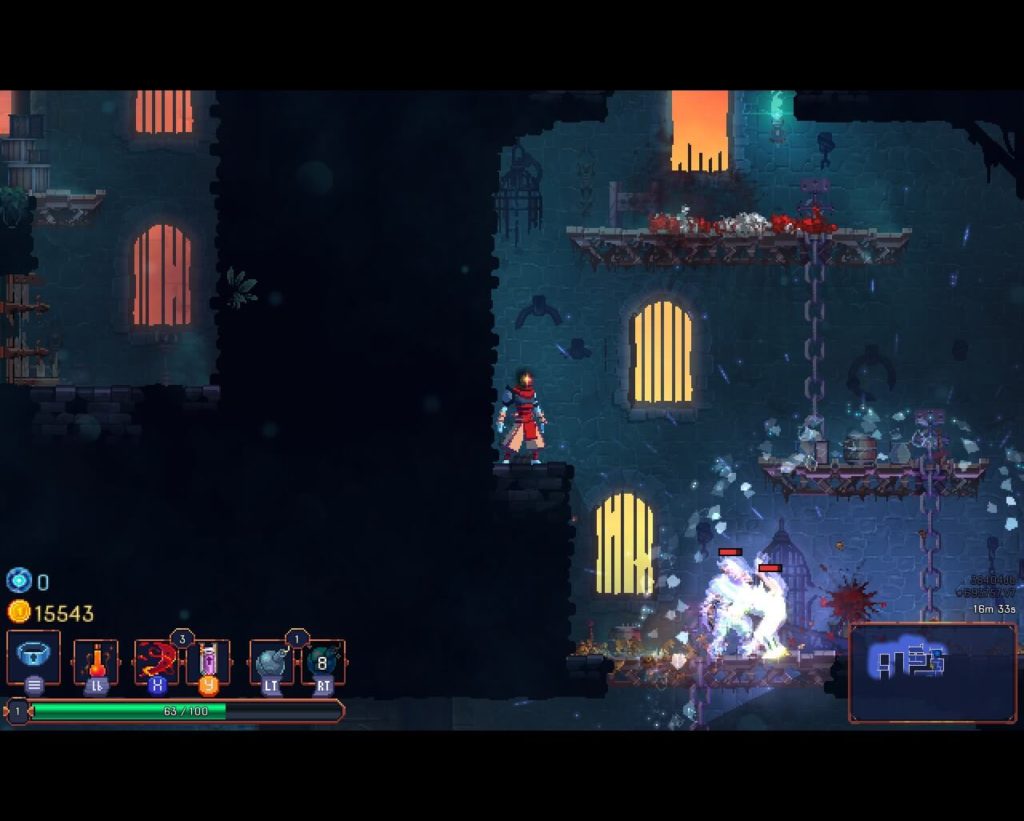 I’m pretty excited about the room for growth this game has.  There is already enough content to make me happy I bought the game, but I can see loads of potential.  There are already multiple paths to take fighting different bosses and gaining different abilities to access areas previously unvisited.  There can be many more different weapons and skills to work with one another.  This will definitely be a game to keep track of the updates.  Motion Twin also included the ability to continue a run if you had to bail out early, which is a great touch.

Dead Cells is a blast.  Even though the fights are brutal and your every death hurts you deeper and deeper, I kept coming back for more.  Even though it is Early Access, it certainly does not feel like it.  I hate how this game will make me look for more early releases because of its quality.  I highly recommend this game.  At its low price point, satisfaction will definitely be achieved.